ARE YOU BEING CALLED?

“The call to holiness is a universal call, valid for all human beings without distraction of age, profession, race or language.  Just as all are redeemed, so all are called.  The vocation to holiness means putting into practice, in one’s own daily life, the example and teaching of Jesus Christ”. 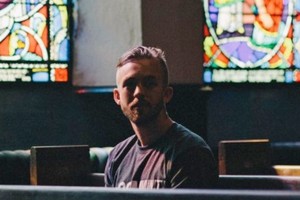 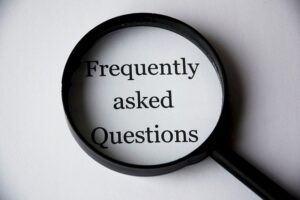 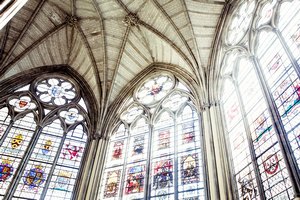 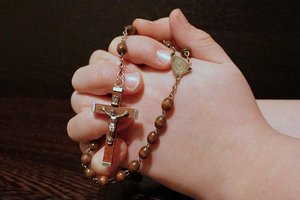 THE DIOCESE OF FALL RIVER

With 82 parishes, the Catholic Diocese of Fall River covers 1,194 square miles in Southeastern Massachusetts, including Bristol County, Cape Cod, Martha’s Vineyard, Nantucket and the towns of Mattapoisett, Marion and Wareham in Plymouth County. Within the area the Catholic population numbers over 350,000 persons.

Most Reverend Edgar M. da Cunha, S.D.V., D.D. is the Eighth Bishop of the Fall River Diocese.  The Catholic Population of the diocese is roughly 325,000 people, or roughly about 40% of the general population.

There are approximately 100 Diocesan Priests serving in 82 parishes throughout the Diocese. Our Priests also work in hospitals, nursing homes, schools, missions and other diocesan offices and special ministries. 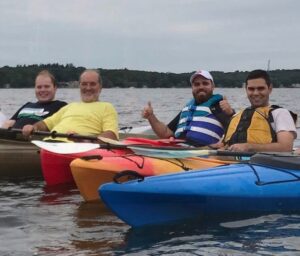 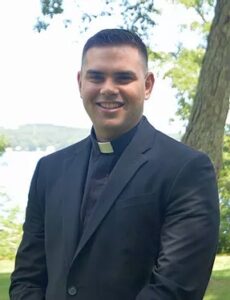 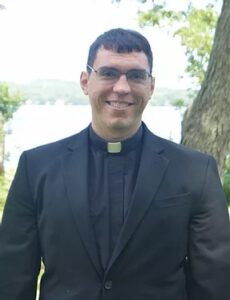 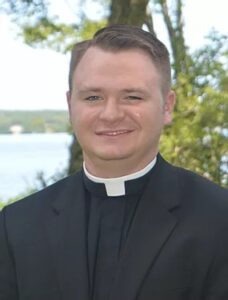 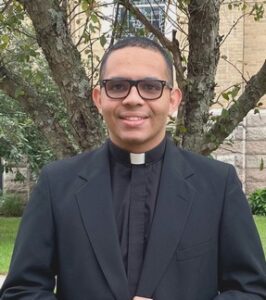 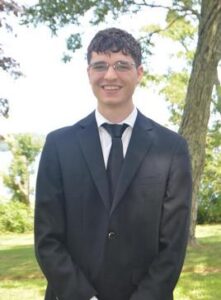 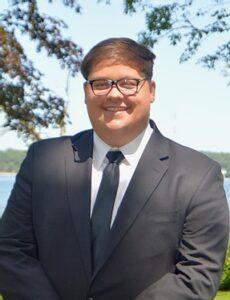 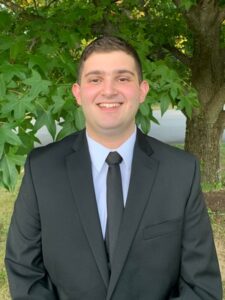 John Garabedian was born in 1991, the son of John and Claire Garabedian, and he grew up in a close loving family in Mansfield, MA. He has an older sister and younger sister. His home parish is St. Mary’s Parish in Mansfield. Though the family always lived the faith, his faith grew late in high school and college, especially when his family had visited the Vatican and other famous Christian sites in Rome. During college and after John went deeper in knowing and living his faith, especially growing in his living of the sacramental life (regular Confession, daily Mass, and Eucharistic Adoration). John played baseball for Bridgewater State University which also taught him teamwork, perseverance, and leadership. As he grew closer to the Lord so did the sense of being called by the Lord to be a priest. John is entering third theology at Immaculate Conception Seminary in South Orange, NJ. Some of his parish assignments have been serving at St. Ann’s Parish in Raynham, St. Anthony Parish in Falmouth, Our Lady of Grace in Westport, and Holy Name in Fall River.

Brian Patrick Connors, son Michael and Janice Connors, is a a parishioner of Holy Family Church in East Taunton. He has two brothers. In his 20’s Brian underwent a conversion and in 2015 received the sacraments of initiation. Continuing with his growth in the faith he became very involved in the parish by teaching the faith to children and helping at the parish on a regular basis. He also has attended different retreats and helped as well in giving witness to the faith to others. The sense of being called to the priesthood has gown within Brian and became clearer and stronger over the years. Brian has a love for the Church and desire to serve others. Over the summers Brian has served at Our Lady of Grace Parish in Westport and St. Mary of the Assumption Cathedral in Fall River. Brian is entering third theology at Immaculate Conception Seminary in South Orange, New Jersey.

Christopher Daniel Hughes, son of Daniel and Joanna Hughes, is from Sandwich and is a parishioner of Christ the King Parish in Mashpee. He has one younger brother and one younger sister. His parents are supportive of his pursuing a possible vocation to the priesthood. Growing up he was very involved in the church life (altar server; lector; extraordinary minster; sacristan; taught in faith formation; on the parish council; and was involved in youth ministry). He was also involved in diocesan retreat programs on the Cape. For many years he has given thought and prayer to that the Lord may be calling him to the priesthood. He was also involved in his high school years at Pope John Paul II High School in Hyannis. Over the summers he has served at St. John Neumann Parish in East Freetown, Christ the King Parish in Mashpee, and St. Francis Xavier Parish in Acushnet. Chris is entering third theology at Immaculate Conception Seminary in South Orange, New Jersey.

Thiago Menezes Santos was born in 1996 in Aracaju, Brazil. His family lives Aracaju. His father is Sergio Santana Santos and his mother is Laura Teles Menezes Santos. He has an older sister. Thiago comes a from a very religious family. His parents and his sister have been supportive of his possible priestly vocation. As a child he joined the children’s choir at his parish and was a member of it for six years (he sees that played a large role in his growing in his faith). After his first communion in 2006, he joined The Missionary Childhood, a group that helped him to learn how to evangelize other children and by doing this it all the more awaken within him to possibility of a divine calling. He started to have the desire to be a missionary and it was then that he first felt the desire to be a priest and to give all his life to Jesus and his Holy Church. Before he entered the seminary Thiago was a catechist for two years and also served as an altar server. He also served in the childhood missionary and was a member of the parish youth group. In 2015 he was approved to study philosophy at Our Lady of Conception Major Seminary in Aracaju, where he studied philosophy for three years.

In 2018 he started his theological studies in that same seminary, and everything was very well. It was during that year that he spoke with Bishop daCunha by which he sensed by the invitation from Bishop daCunha to possibly serving as a priest in the United States, in particular in the Diocese of Fall River. He saw this as a call from God to go into deeper waters.  After much prayer and speaking with his spiritual director, his Rector, his Archbishop, and his parents, he decided to say yes to the Lord, and is seeking to serve him in the Diocese of Fall River.

He attends the Mass daily, he makes time during the week to be with the Lord in the chapel, prays Lectio Divina, and every day prays the Rosary. He has always shown great zeal for the life of prayer, for the Holy Eucharist and other Sacraments. Thiago has served at St. Mary of the Assumption Cathedral in Fall River and St. Jude Parish, St. Anthony Parish, and St Mary’s Church in Taunton this summer. Thiago is entering third theology at Immaculate Conception Seminary in South Orange, NJ.

Bryan Bangs was born in 1997 and is the son of Robert and Joanne Bangs. He grew in a strong practicing Catholic home. He has two younger brothers and a younger sister Anna. Bryan is a very active member of Corpus Christi Church in East Sandwich, MA and has been greatly supported by others. Bryan attends Mass regularly. He was a past recipient of the Pope Pius X Award, taught faith formation at Corpus Christi, and active member of the parish’s youth group, and participated for two years in Quo Vadis Days.

In May 2017, Bryan did briefly enter a religious order, Carmel of the Immaculate Heart of Mary in Powell Wyoming, but it was discerned he was not being called to religious life in that order

Over the years different people would encourage him to think about a calling to the priesthood. He began thinking about a possible vocation in his early teenage years, and though at first he was afraid of a possible vocation, gradually the sense of a calling increased and his embracing the possible calling grew, especially with the joyful example and encouragement of his pastor. He is particularly drawn to the beauty of the Sacrament of Reconciliation and the idea that as a possible priest being an instrument of mercy for others fills him with joy. His sense of the vocation grew in particular through Eucharistic adoration and personal prayer. He is gifted at playing the piano and the organ. Bryan received bachelor’s degree from Seton Hall University. Bryan has served at Santo Christo Church in Fall River and this summer at St. Thomas More Parish in Somerst, St. Louis deFrance Parish in Swansea, and St. Patrick’s Parish in Somerset. He is entering second theology at Immaculate Conception Seminary in South Orange, New Jersey.

Lucas Daniel daCosta, son of Daniel and Fatima daCosta, grew up in New Bedford, MA and is a parishioner of St. Francis Xavier Church in Acushnet. He has one older sister. In seventh grade he began to go through a conversion and grew tremendously in his faith. He became very active in his parish and the thought that the Lord may be calling him to the priesthood grew throughout high school. Prayer has been very important to him and he has a love for the Church (especially a love for the Eucharist, Adoration, Confession, and Our Lady). After high school he spent a year in Portugal to work on his ability to speak Portuguese. The last four years he has been at Our Lady of Providence Seminary and studying at Providence College. This summer Lucas served at Santo Christo Parish in Fall River. This fall he is entering first theology at St. John’s Seminary in Brighton, MA.

Shayne Victor Dias is 21 years old and lives in Westport. He is the son of Victor and Dina Dias and has an older sister. His father is from Angola and his mother is from Sao Miguel in the Acores. Shayne is fluent in English and Portuguese. His family is very close and the Mass and rosary were an important part of their lives. He is very active Santo Christo Parish in Fall River, and over the years he served at St. Anne’s Church and Good Shepherd Church. He also has helped at a soup kitchen, been a leader in a youth group, and volunteered at a nursing home. Shayne has a love for learning more about the faith. He has thought about the possibility of the vocation to the priesthood for many years and through spiritual direction he came to a greater clarity about the possible calling from the Lord. As he prays about the vocation to the priesthood, he is comforted especially with the thought of providing people with the Eucharist. He also finds strength in helping those marginalized having a better life. What excites him most about the priesthood in bringing the sacraments to the mystical Body of Christ. After graduating from Bishop Connolly High School in Fall River, Shayne studied at Rhode Island College and last year entered Our Lady of Providence Seminary and transferred to Providence College. He is now in his senior year of college seminary.